Have you ever had one of those days?  I have.  Yesterday.  A totally unexpected emotional face-plant of a day.  The tragic part is that my day started out on such a high note.  Poodle and I got up early and went for a five mile run before work, and I was going to run another seven after work.  It was going to be a very productive day, and I was planning on feeling well accomplished by the time I went to bed.

Was there something "off" in the air yesterday?    My train didn't just fall off the tracks, it FLEW off the tracks.  I had to go home early.  Bleh.  (As a side note, I like to listen to music while I paint and I am not embarrassed to admit I have been on a John Denver kick for about a week.  Last night, while drafting this post, John sang, "Sometimes I fly like an eagle, and sometimes I'm deep in despair."  Right there with you, pal.  That was my day in a nutshell.)

Anyway, I had some extra time on my hands yesterday and no, I did not use it to run those seven miles.  Poodle has a cut on her foot so I didn't want to take her, and I wasn't comfortable leaving her alone for that long.  Instead, I painted.  By the time I went to bed I had worked out what I hope will be a clever way to hang some of the pieces in my festival booth, had drafted a temporary business card, and there were eight paintings in the works spread all over my kitchen.

And today has been a better day. 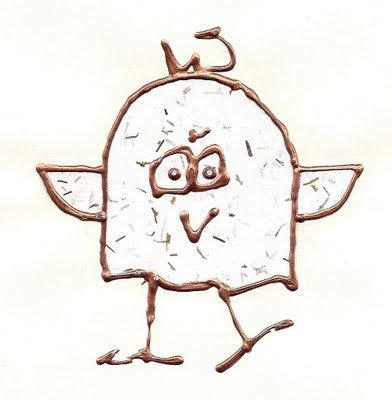