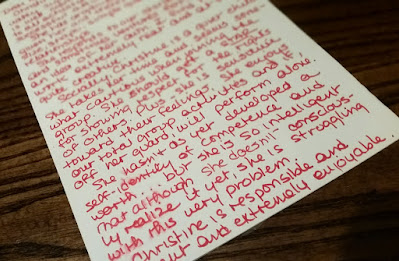 When I was emptying out closets and filling boxes to get ready for demo, I found this letter.  I haven't seen it in a long time but there's a reason why I found it now.  This part:

She hasn't as yet developed a self-identity of competence and worth . . . but she is so intelligent that although she doesn't consciously realize it yet, she is struggling with this very problem.

The date on the top of the letter?  December, 1972.  It was written by my pre-school teacher and 48 years later I'm still struggling with this very problem.  Why is the letter timely?  Because my House to Home project has been percolating for years and I'm just now convinced I deserve it.  Mostly.  But Christine, you may say - people remodel their houses all the time so what's the big deal?  I don't know, but that little something in my self-conscious that has been telling me since I was four years old that I'm not good enough is powerful and persistent.

As a counter measure, I made myself a vision board to help manifest my home.  I also made one back in Montana when I wanted to buy this house.  Did it work?  I don't know, but I've been living here for almost seven years so there you go.  Here's my current vision board: 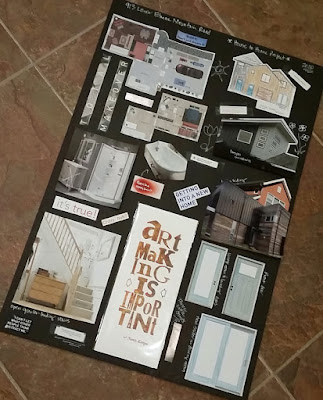 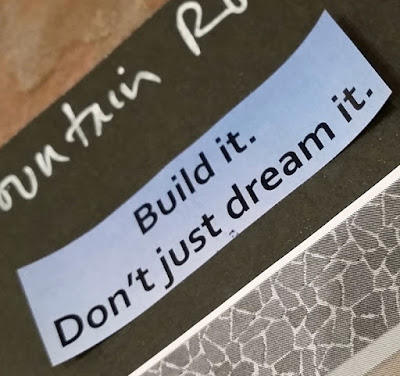 I'm going to say this one worked - you should see the giant hole outside where the crappy half of my house used to be.

Build it.  Don't just dream it.

House to Home, Volume 1 - It's Getting Real 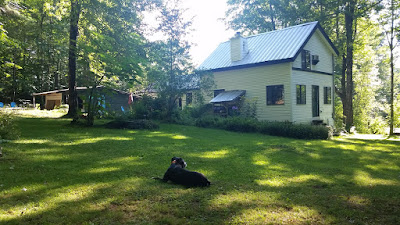 Guys.  It's been a long time coming but the view from my thinking chair is about to change in a big way. 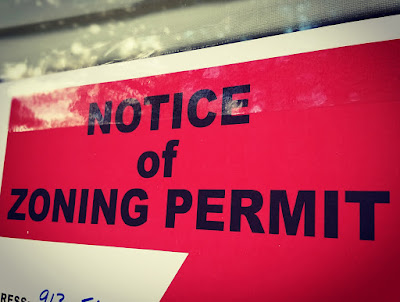 This is going to be one hell of a ride and I'm going to tell you all about it as we go, so buckle up.  I have about a week to get you caught up to where we are now, and then it's going to get serious.  I'm terrified.  And super excited.  But mostly terrified.