There are oodles of things to report, but I have to go next door and row several thousand meters.  I'm at 60,000 total but we're at the point where I can't skip any more days.  Last night I did NOT feel like doing anything but told myself to get 500 meters, just so I could say I did something.  I ended up with 6,000 meters.  It was a bunch of 500s, interspersed with a project for work, but I'll take it.

Until next time, here's a quickie picture of my new favorite painting, called Perfectly Paired: 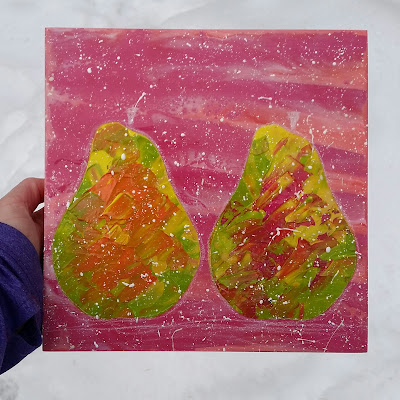 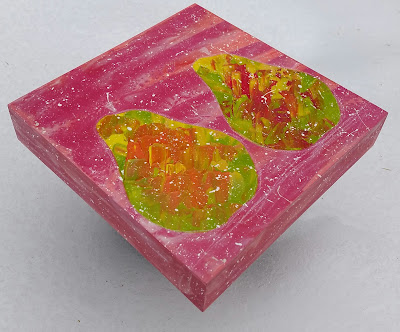 I was mixing several shades of pink and orange paint - I think it was the background for a wee small commission - and had WAY too much.  I didn't want to waste it, so I quickly spray painted this cradled panel pink, then poured on all the leftovers.  Things went bad at this point and I ended up wasting the paint anyway because I scraped it off.  Happy accident - I loved the patterns that were left behind.  I added the pears and voila - new fave.  It looks particularly marvelous out in the snow!

Okay, enough procrastinating, the library gym is calling my name.  3-2-1-GO.
Posted by ckv at 8:59 PM No comments:

One of my worst blog habits lately is a lack of follow-thru.  This is actually a bad life habit, but it has trickled into my blog quite a bit this year.  I can think of several things I've mentioned with the qualifier "more on that later."  And then there is no more.  You can chalk it all up to laziness.  In an effort to curb this rude behavior, I would like to report on the new paintings I said need to be added to my Etsy store.  So far I have renewed quite a few older listings that had expired, lowered the price on quite a few older listings, and uploaded about 17 new pieces.  I've got five more ready to upload this weekend and if the weather is decent tomorrow I will photograph several more.  Serious progress is being made!

I also have a new painting that I already photographed for Etsy, but I really love it so it's hanging in my living room.  I will list it tomorrow but I hope nobody buys it. 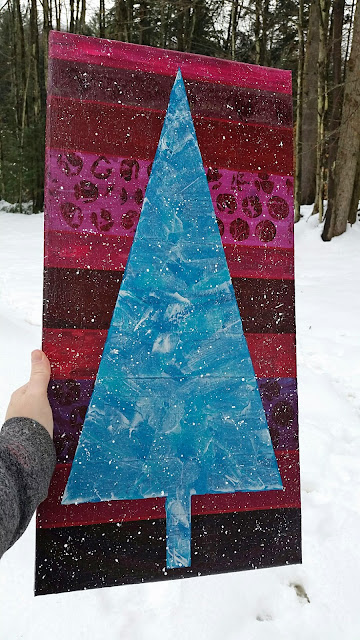 I named it Sweater Weather.  I had no idea what the end result was going to be when I started this piece - I just decided to paint some color blocks all using alizarin crimson as the base.  The tree was a complete surprise.  Going with the theory that if one is good two must be better, I'm doing another similar piece but the base color is one of Golden's new heavy body colors for 2018 - light orange.  This, unfortunately, was not a good choice. 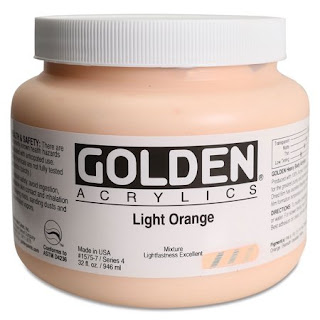 I had to do quite a bit of fiddling to get something I liked.  And now I've probably ruined it with the tree - the jury is out until the final layer of paint goes on tomorrow.  But I think I wrecked it.

There's also a new addition to the Midnight in the Garden of Fruits and Veg series.  I haven't painted one of these in ages. 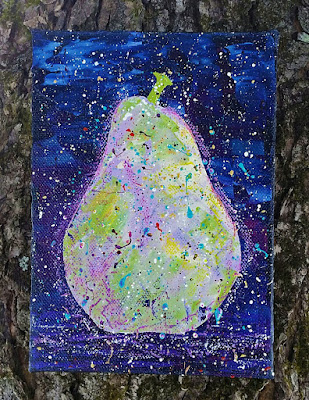 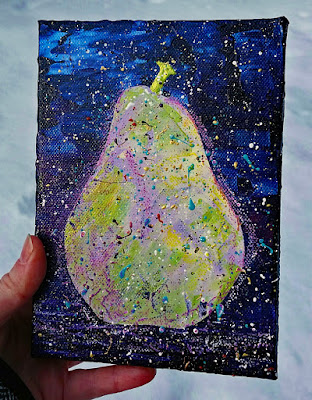 I named it Pear of Thanksgiving because I painted it Thanksgiving week.  I also painted the stair risers and two accent walls in my living room Thanksgiving week, but I'm not going to post photos.  The color is a HOT peachy pink and it's so bright it might break my camera.  I may come to regret this choice.  Questionable color choices appears to be a new theme for me.

Remember my heron painting?  His name became Silent Sentry and he flew off to his new home in Montana.  He became my friend Leslie's prize for finishing her latest manuscript and I'm thrilled he gets to live in such a creative atmosphere surrounded by lots of beautiful art.  And tonight I got a message thru Etsy from a lovely woman asking about the possibility of a small commission for her granddaughter.  If I can get it to look even remotely like it does in my head, we're good.

And speaking of none of that, in conclusion I'm posting this picture, which I also posted on Instagram today. 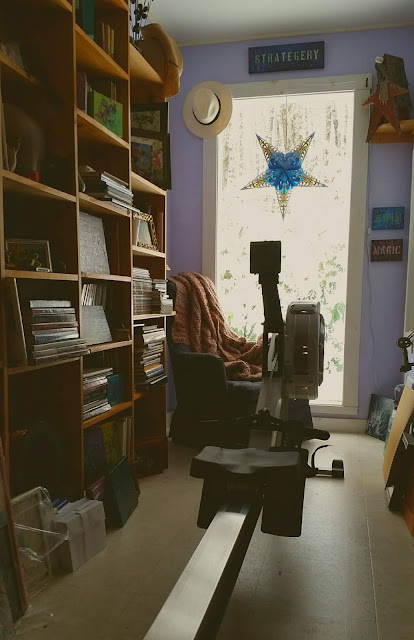 This is my library gym.  It's a tiny little space that perfectly fits my Concept 2 rower:  the wall you can see is full of book shelves and the other side is a gallery wall.  I have committed to the Concept 2 Holiday Challenge this year and, in the interest of keeping myself accountable, I'm telling the world about it.  The goal is to row 100,000 meters between November 22nd and December 24th.  I'm a little behind because on a few days I was either 1) a complete lazy ass or 2) busy shoveling snow, so my total right now is 18,500.  There is work to be done and, damn it, I'm going to do it. 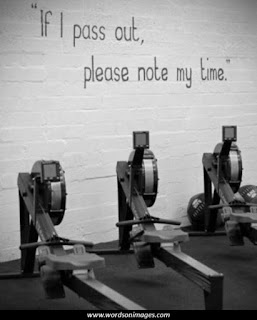