Vampires, Mummies and the Holy Ghost

I'm not sure whether to thank Jimmy Buffett or curse him.  Remember way back when I mentioned that when I run I frequently get a song stuck in my head?  More precisely, I get one or two lines of a song stuck in my head.  This week it has been "No aliens, psychopaths or MTV hosts scare me like vampires, mummies and the Holy Ghost."  Yessir.  Curse that Jimmy Buffett.  But then thank that Jimmy Buffett, because this is infinitely better than any verse of The Wheels on the Bus, or even "devil with a blue dress, blue dress, blue dress, devil with a blue dress on."  Five miles of vampires and mummies, then poodle and I had to stop back at home so I could shed a shirt.  I was wearing a really lightweight long-sleeved shirt under my t-shirt because I sunburned the crap out of my arms on Sunday (sunburn, Sunday - awesome).  We hit the road for three more miles, at which point we were both totally done.  So we added one more mile.  I tell ya, I would much rather finish a run with a wee bit left in the tank than be past the point of mental and physical exhaustion.  Poodle agrees.  So we stretched, rolled out our back on our mailing tube, took a shower, went to town to run a couple of errands, drank some Gatorade, then figured we would lay low for the rest of the day.

But someone wanted to play ball.

When she was resting, we had a photo shoot: 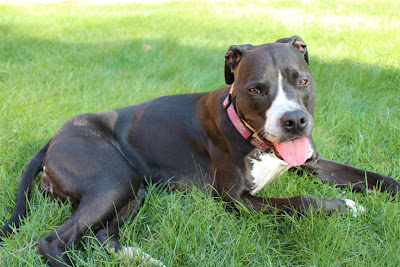 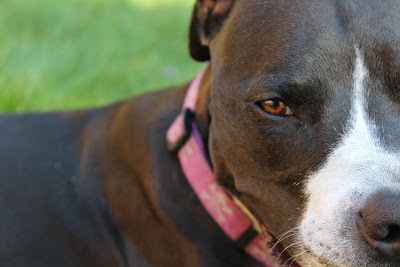 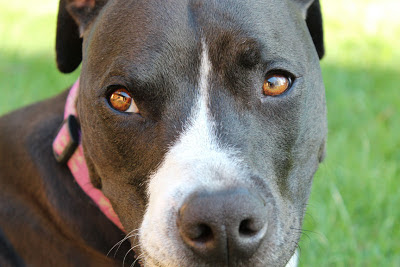 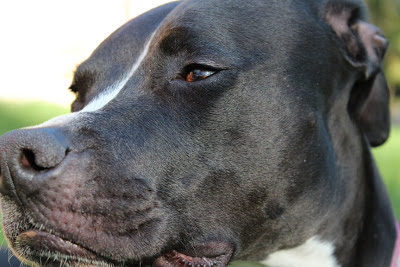 What a pretty poodle.  She was tired.

Then Bones came over. 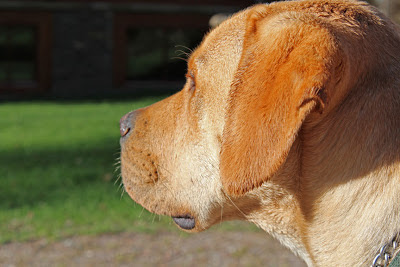 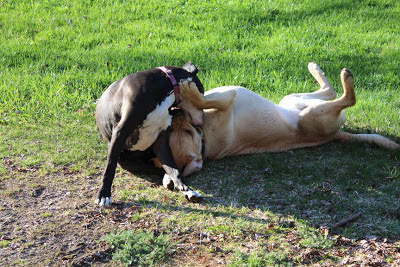 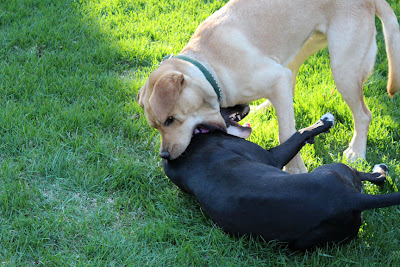 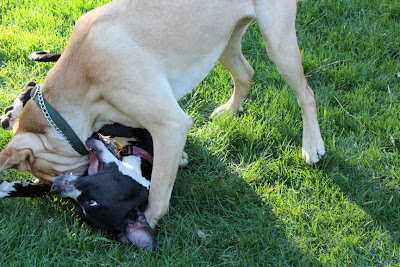 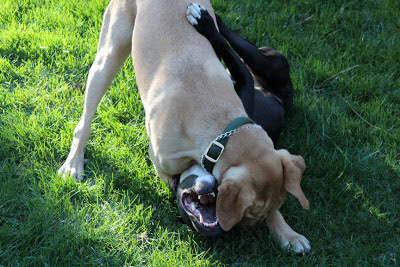 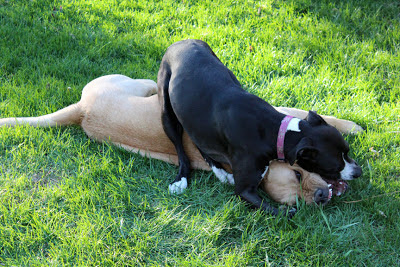 See her fancy maneuver in that last photo?  She's sitting on him. 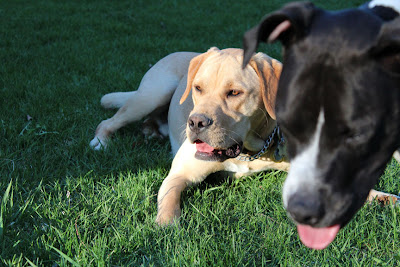 Whenever Bones has a stick (or a toy or a twig or anything) Roxie wants it.  She's not a professional sharer. 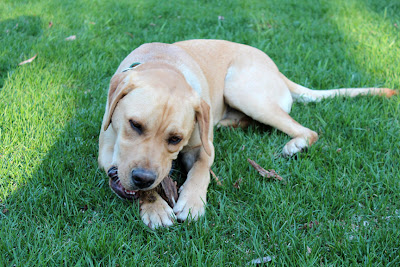 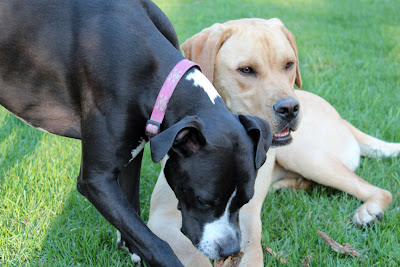 Sunny Kitty was out getting a tan, too.  She started out on the deck.... 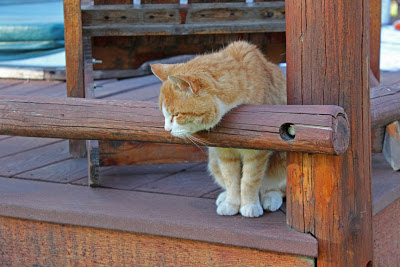 "Oh my brain is so big it makes my head so heavy.  I better rest it here." 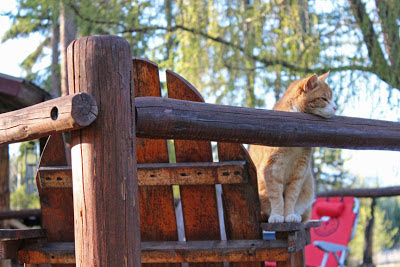 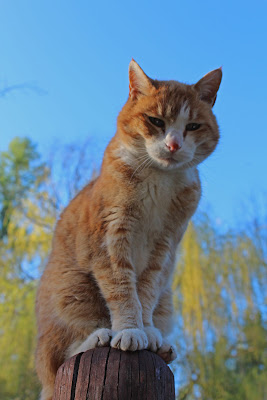 Here are pictures of the potentially clever experiment I mentioned the other day.  It's growing on me.  No pun intended. 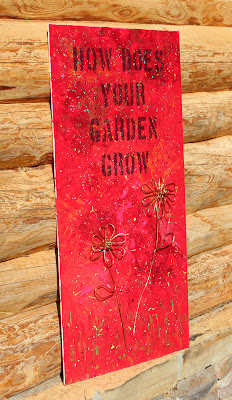 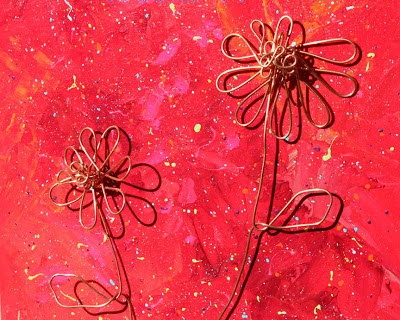 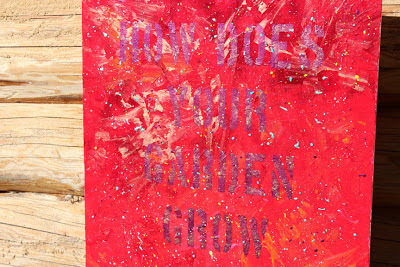 Yeppers, it was sunny outside.

I wanted the words to be subtle, but they may have ended up TOO subtle.  I love the flowers - more of that 12 gauge copper wire I have by the boatload.  (Speaking of which, why is there a "u" in the word gauge?  That makes no sense.)  The canvas panel is 15" wide by 30" high - pretty big for me.  I'm going to live with it for a few days and if I still like it, I will frame it.

And that's it.  We're having our third high-70s day today and I'm wondering if spring has finally sprung for good.  I hope so.  I don't think I will be able to plant the flower box out front before the artwalk and Mother's Day, but I'd like to get it done before I leave for Vermont in two weeks.
Posted by ckv at 6:32 PM No comments: