Yes, that's right.  Pecueca.  It's the new Spanish word I learned last weekend.  Thank goodness for my Spanish-speaking family - they keep me up to date with all the important words and phrases so that next time I go to Colombia I will fit right in.  With the eight-year-old boys.  Pecueca means the smell of stinky feet.  I will use this word a lot.  Pecueca.

So my cold is receding but lingering, thanks to the high concentration of smoke in the air.  Everything is dry and/or on fire around here.  Temps have been in the low 90s and the air quality is dismal, so any running I was thinking of doing is on hold.  August has been a bust in the running department, except for a six-miler with my 15-year-old niece Delaney in Vermont.  That was most excellent - I didn't know she had it in her.  This same niece accidentally bent herself in half backwards while I was in Vermont.  We were at Jay Peak at the indoor water park, and she was trying that surfing thing.  You can watch it here.  Please, watch it.  I have no idea how she didn't break her neck.  Glad I videoed it so we could see it in slow motion, tho.  Yikes.

Back to work.  I got up two hours early today so I could pour vinaigrette for Viki and I'm tired, but I have a client coming in sometime before we close.  A client who can go either way - pleasant or a tad on the difficult side.  Can't wait.  Kinda wish when the bar down the street found a gas leak this afternoon the Fire Department had evacuated us like they threatened to!

Sick as a dog?

What does that even mean?  Sick as a dog.  Hmmm.

I'm back from my vacation in Vermont, but I have a terrific cold.  Terrific.  Roxie and I have gotten zero sleep for the past two nights because I have been coughing up a lung.  It has been busy at work, drama is unfolding at the Museum, and I am ready for a vacation.  Oh wait.

The beginning of a loooooong night....

Officially, I guess I am on vacation.  But in the real world, it's 10:17 p.m. and I am back at work.  I need to stretch a needleart piece before I go.  Then I have to go to my part-time job and pour what I hope is no more than two buckets of vinaigrette.  I should get home by 1:30ish.  Then I need to pack.  I just dropped poodle off at Derek's house and I miss her already.  I wish I could take her in my carry-on, but my carry-on is a 20lb box of Flathead cherries.

Quick report:  I recovered from my slugitude by running five miles yesterday and four more this morning before work (which, if you know me, you realize is a FREAKIN' MIRACLE).  I hoped to make today a 10 mile day with a twofer, but there just wasn't enough time.  Oh well.

In the painting sphere, I started a new one yesterday but it will have to wait until I get back.  It is to fit in a frame that Derek originally built for a customer, but he built it a tad bit the wrong size.  Awesome moulding, now I hope the painting is not half bad.

And on a final note, Derek sold three of my four Hello Kitty flowers today.  HA!  The woman's daughter didn't like the pink one, so they only took three.  And guess what.  They will be living in Singapore.  I am so international, it's not funny.  Australia first, now Singapore.  Woo hoo!

Oh, the Ferndale airstrip is a heli-base again, but so far no big giant Sigourney Weaver helicopter.  One of the three helicopters down there is a 1964 something-or-other.  It's older than I am.  This year the crews are sleeping in pup tents on site; there have been lots of little fires in the Bob Marshall Wilderness, lots of lightning strikes.

I have been reading a series of terrible mystery novels since Saturday.  I'm on the third one now - it is brand spanking new.  In fact it might still be a pre-order on Amazon.  We know the woman who wrote the books, and bought them because our gallery is mentioned in the third book.  Knowing there were two prior books, I  HAD to read them all, in order.  And ... uh ... eek.  That's all I'm going to say.  Marilyn - if you somehow find my blog and read this, I'm sorry.

Today I'm going to try and overcome my sluggishness.  Is that a word?  I still haven't gotten my 10 mile run and, although THAT'S not going to happen today, I still hope to get it before I leave for vacation.

What the heck happened to July?  Man, time really DOES go by faster when you get older.

First I need to report that I did, mostly, hit my July goals.  My running/walking total ended on a whimper (we walked a mile yesterday) but my total for the month was 123, with 84 of those as running miles.  I got my 1,000 squats, but it required banging out the last 75 before I went to bed last night.  And although I do have 10 finished paintings to my name from July, one of them is not going to make the cut and another one will spend some quality time in the "I'm not sure" pile.  The last couple of days went a little crazy.

WE GOT A NEW FAMILY MEMBER! 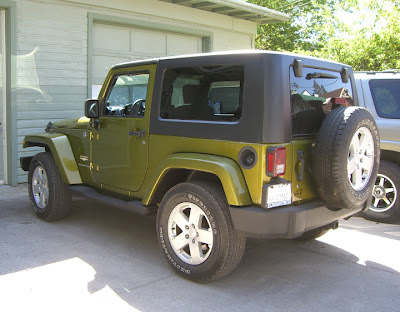 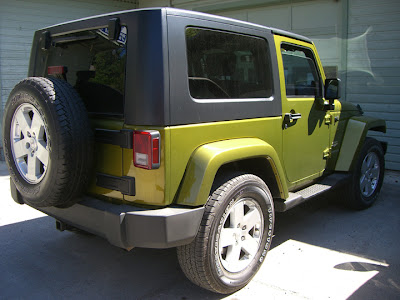 I'm still not sure if it is a boy or a girl, but either way its name is Sweet Pea.  Or Swee' Pea, if it is a boy and named after Popeye's kid.  Which would make sense, because the first Trooper we had was spinach green and we named him Popeye.  I told Roxie she may get some minor whiplash while I re-learn how to drive a stick (with six gears, no less).  Anyway, bringing home this baby required a good five hours up in Whitefish, which I wasn't quite expecting.  I just thought I was going up to look.  Then the stars aligned, angels sang, and here we are.  I feel a bit bad because I emptied out the Trooper (he was big and fat and white and his name was Cartman), loaded up the Jeep and drove away without a backwards glance.  I didn't even say goodbye.  I think I was still in shock.  Poodle doesn't fit as well in the front seat of the Jeep because the seats are smaller - she is still finding her way.  And I can't carry around a boatload of crap anymore (thank god).  Downsizing is good.

So that was how my July ended.  I didn't get my secret goal, which was a 10-mile long run before the end of the month, but I've got that on tap for today.  All in all, though, I set three goals - hit two and smashed the third.  Not bad.  I also went the entire month Coke-free, which was an added bonus.  Woo freakin' hoo!
Posted by ckv at 5:05 PM No comments: