At the beginning of October I set myself a goal of five new paintings this month.  Then I promptly did nothing for 20+ days.  At least I was consistent.  Waldo counts as the first of the five, and a couple nights ago I dug out all the panels and canvases I have started but never finished - pieces with a background I liked but then couldn't decide where to go next.  I have quite a few.  Or rather, I HAD quite a few.  Here is Vermont, in all its painted glory: 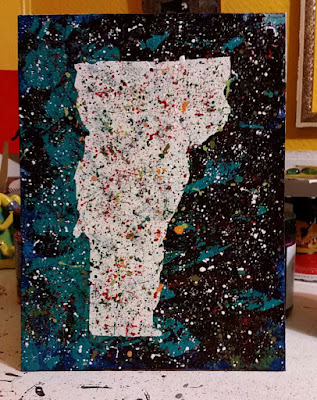 And here is a saucy apple: 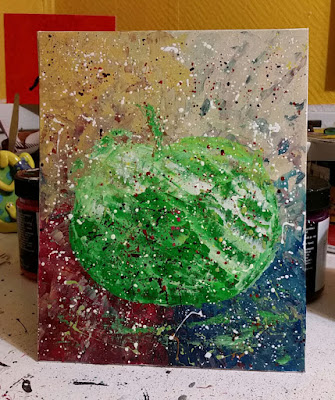 And Waldo's friend - her name is Celeste (because the background looked mighty celestial to me, in a green sort of way): 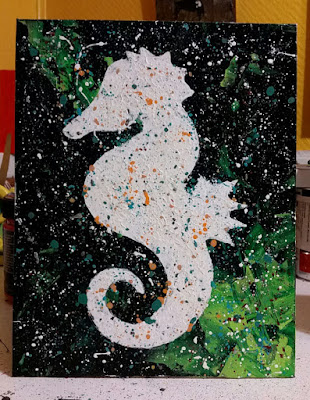 Finally, to round out the bunch and hit my goal of five, this one is my favorite.  The panel was a fresh one and I thought I was painting a background that I would add to later.  It's pretty down and dirty, but I love the way it looks as is.  Based on the weather we had last week, I'm calling it October Snow: 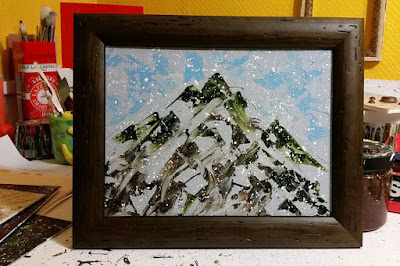 I expect to waste a lot of paint and canvas while getting back in the swing of things, but I gotta say - there's nothing better than going to bed at night with dried paint all over your hands.
Posted by ckv at 10:04 PM No comments:

Well this was a long time coming.  His name is Waldo.  I'm not sure why the first thing I have painted in a zillion forevers is a seahorse, but there you go. 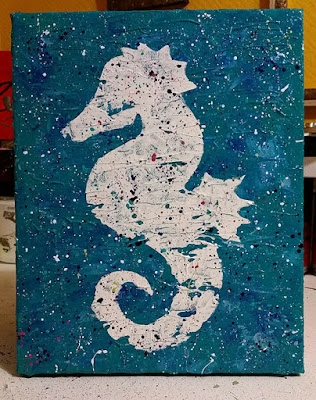