Cool and crisp.  That's what the days are like here in western Montana right now.  All sorts of crazy nonsense has been happening in the past weeks, and I will get you all caught up soon, but first here are some pictures of Monday afternoon. 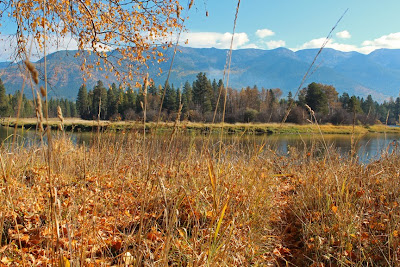 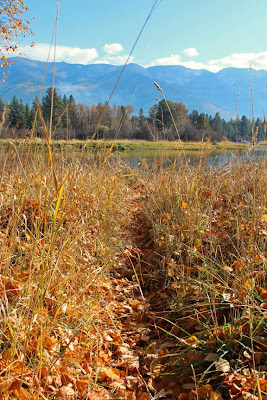 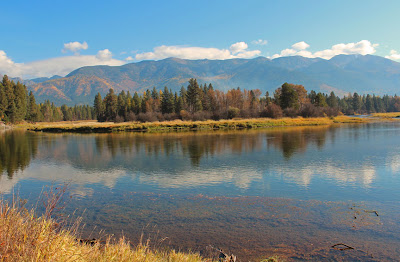 We walked down to the river for the first time in ages.  Can you see Roxie in that first picture?  She's a black speck over on the left.  We missed peak Montana foliage, but it is still beautiful.

Here is the painting I finished just before my trip to Vermont - it represents autumn and the change of seasons: 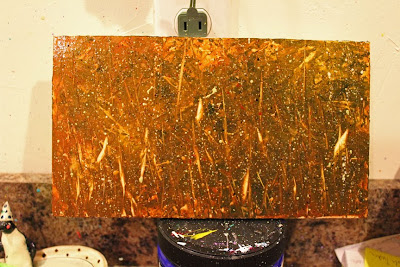 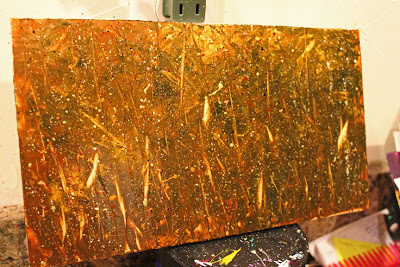 For sure, this is one of those pieces you need to see in real life to appreciate.  (Hmmm.  As I was typing the last sentence, I typed "shit" instead of "this."  Hidden meaning there?)

And here is the best photo I will take of Montana foliage ever: 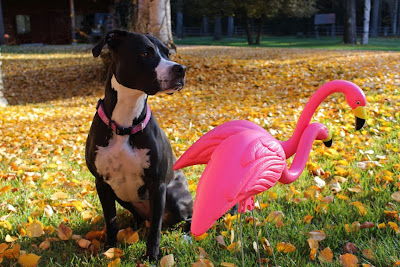 Poodle and the very rare Wild Rocky Mountain Flamingos.  We've got a nesting pair in the yard.  Awesome.
Posted by ckv at 6:57 PM No comments:

Painted on the Sky

We had some motivational issues at work yesterday so we closed at 2pm.  It was a beautiful autumn afternoon, and it was much better to be out in the world rather than inside with our noses pressed against the window, wishing we were outside.

Speaking of none of that, here is one thing about photography that I find fascinating: 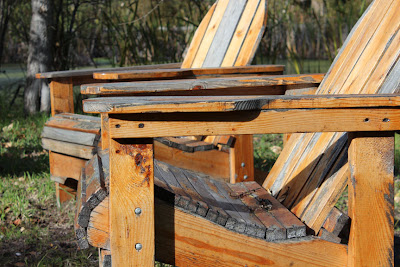 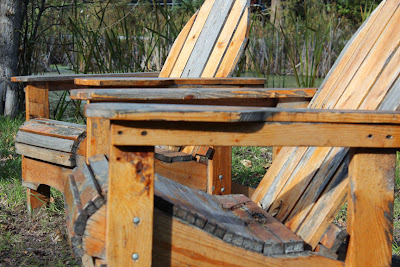 I love how changing the focus just a tiny bit creates a totally different picture.  Yeah, I'm weird that way.

This beastie has been parked out front for about a week: 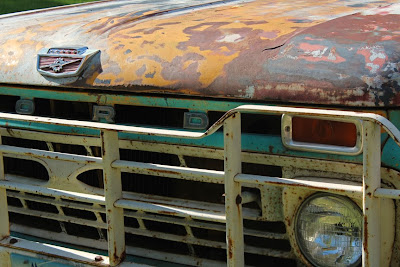 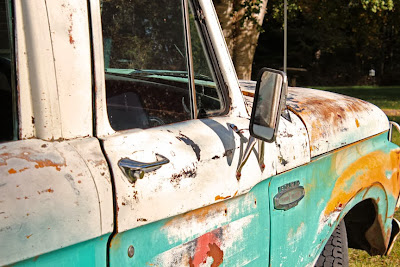 Roxie and I used this bad boy as a background for a mini photo shoot yesterday.  I felt like I was taking her senior pictures. 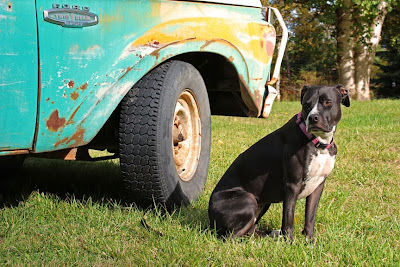 Bones came over for a little bit, too.  He is such a sweet boy.  Poodle is going to miss him when we move, so we need to arrange some play dates at the halfway point.  Like Nebraska.  Where is Nebraska, anyway?  I need a map. 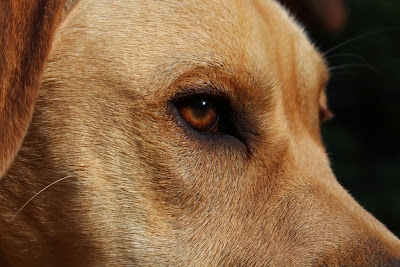 I have some paintings to show you.  Did I ever post a picture of the griffin?  It has been in the questionable pile so I forgot about it.  Found it again yesterday and decided it was worthy of another coat of varnish.  But I forgot to take a picture.  And I don't have a picture of the hot mess, either.  Yes, a hot mess.  It's a rooster that, ... well, he defies explanation.  I will show you that one later, too.  You get the good with the bad here, people.  Here is some good: 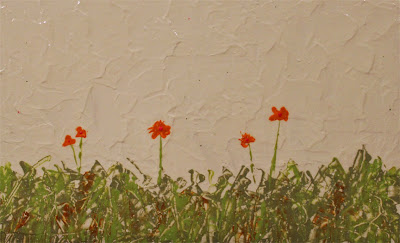 This is one I started the other night when I was painting something for my dad.  I'm going to call it "Last Light of October."  Or something like that.  And here is the one I named "Painted on the Sky."  If you can name the tune from whence that lyric comes in 10 seconds or less, you get bonus points. 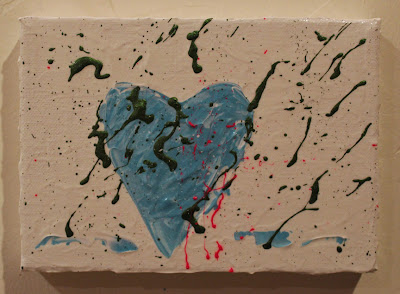 It's a small piece, 7" wide by 5" high, but I like it.  And so do you.  Last but not least is another one I painted for my dad.  I don't know what to call it yet, but I love that the heart is the color of Spam.  I want to have this printed as postcards or notecards. 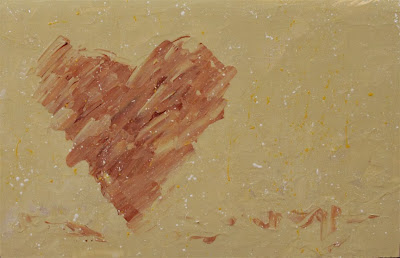 A friend recently told me, speaking from experience, that no matter how prepared you think you are for the death of a loved one, it still comes as a shock.  You know what?  She was right.  Eleven days ago, my dad died.  His passing did not come as a surprise, but it was still a shock.  Some days I'm okay and can talk about it without crying, yet other days I can't get past the tears.  I think about one little thing and boom.  In fact, I'm crying right now.

I believe experiencing loss is an integral part of our emotional growth.  When that loss involves death, however, especially the death of someone to whom we are close, the aftermath is different.  The questions are bigger.  And I can't figure out how to verbalize what is going on in my head - it's crazy nonsense in there.  Faith, karma, life after death, being in a "better place", - these are big issues.  I've had troubling thoughts even before dad died; he had more health crises just this past year than I've had my entire life.  How is that fair?  Coming to a place of understanding and acceptance will be a difficult journey.

A while back my dad sent me an email that I wanted to keep forever, but Yahoo had other ideas.  In a nutshell, he told me he was proud of me.  He said, "My daughter the artist.  I never thought I would be able to say that."  So last night I cranked up John Denver's Greatest Hits, and painted something for my dad.  It's not ready for me to share - I named it "Painted on the Sky" but it isn't finished yet - so instead today I want to share a few photographs, each one worth a thousand words.  This is my dad. 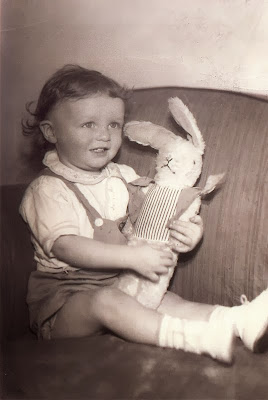 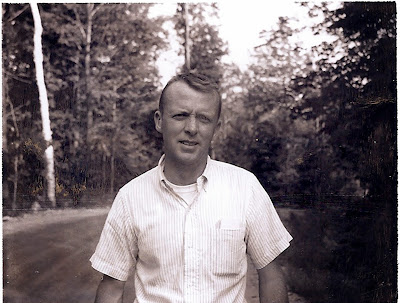 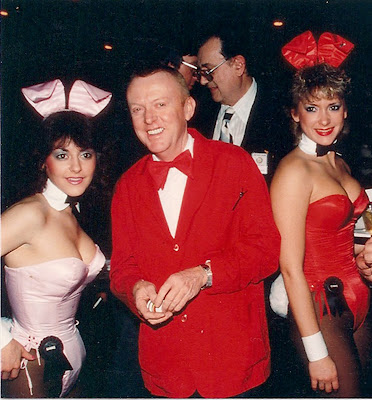 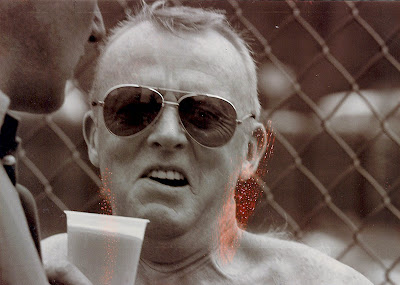 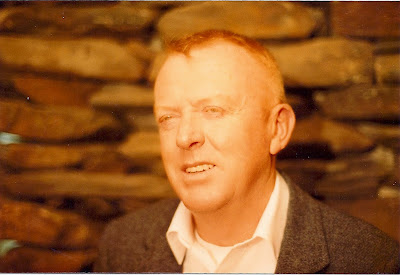 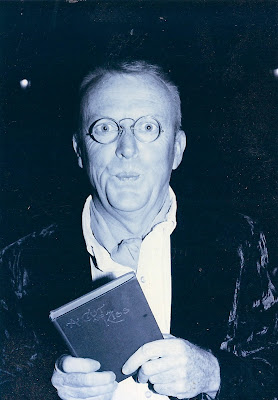 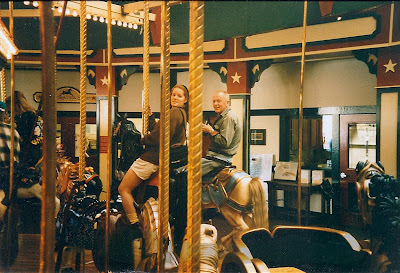 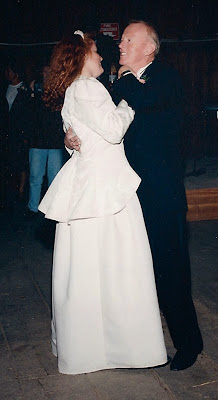 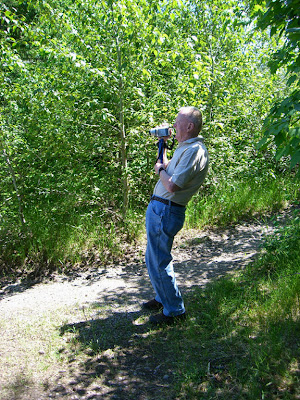 Kenneth P. Keim was born on September 14, 1936 in Queens, New York.  He graduated from LaSalle High School in Manhattan, and went on to electrician apprentice school.  He became a Journeyman Electrician and then a foreman, and was a member of the New York City IBEW for 13 years.

Ken joined the U.S. Navy, where he was a Second Class Petty Officer and Aviation Electrician Mate, first in Brunswick, Maine (where he learned to ski) and then at the NATO Naval Base in Sicily.

He met Patricia Ann Kebe on a blind date, and they married on October 9, 1965.  In 1968 they moved their growing family to Killington, where they put down roots and involved themselves in the humble beginnings of a small ski town.  Pat was elected Town Treasurer, a position she held for many years, and Ken arrived at just the right time to fill the shoes of the only electrician in town, who was retiring.

In his spare time in Killington, Ken volunteered his services in many ways.  He served on the Sherburne Volunteer Fire Department, as Deputy Chief, Vice President and President.  He was a longtime Parish Council member at Our Lady of the Mountains, and helped coordinate with the United Church of Christ on common projects.  He was also a founding member of the ecumenical Easter Sunrise Service.  Ken served on the committees that built the “new” Sherburne Elementary School and the Johnson Recreation Center in the early 1970s.  When Josephine Blanchard suggested the town should have fireworks on the 4th of July, Ken took the idea and ran with it, ordering the fireworks, building ground displays, organizing volunteers and setting off the fireworks with a flare stuck on the end of a 2x4.  He was a charter member of the Killington-Pico Rotary Club, and was their first Paul Harris Fellow.  He filled many elected and appointed Town positions, including Town Auditor, Town Agent, Fence Viewer, Energy Coordinator, and Weigher of Coal.  Ken and Pat hosted several KTP (later KMS) students in their home.  Ken was a USSA Alpine Official; he volunteered at Killington Ski Club as their Alpine start Official for many years.  His latest project was researching a way to preserve Bob Perry’s 16mm films of the Killington Ski Area; he felt very strongly that Bob’s enormous contribution to Killington’s history needed to be preserved and shared for generations to come.

Ken’s interests were varied and many.  He was a voracious reader, an avid telemark skier, an accomplished photographer, a casual golfer, a frequent traveler, a savvy eBay shopper, and a talented storyteller.  He was always ready with a joke.  And through it all he battled numerous health issues, many stemming from Crohn’s Disease, with humor and grace.

Ken passed away peacefully in his sleep in the early morning hours of Friday, September 20, 2013.  He received wonderful care at the Mountain View Center in his last weeks, and at the Rutland Regional Medical Center over the years.

He is predeceased by his parents, John and Rita (nee McGrath) Keim, his brother Arthur, and several childhood friends.  He is survived by his wife Patricia; daughters Ann Marie and her husband Aidan Thomas, Christine Vandeberg, and Kathy and her husband John Ferrara; grandchildren Delaney Thomas, Liam Thomas, Abby Ferrara and Evan Ferrara; sisters Rita and Dorothy; sister-in-law Patricia; nephews Glenn and Robert; cousins Diane, Lois and Ed.  He was also much loved by an extended family, close childhood friends, equally close local friends and a community that meant a lot to him.

A celebration of Ken’s life will be held at the Summit Lodge in Killington on Saturday, October 12, from 3:00 to 8:00.  All are welcome to join the family for beer, wine and light food.  There will be an open mic, so please come ready to share your stories and jokes.  A Mass will precede the celebration at 1:00 at Our Lady of the Mountains.

In lieu of flowers, donations are very welcome to the Bob Perry Film Restoration Project.  Checks can be sent to the Killington Town Office at P.O. Box 429, Killington, VT 05751.


Another friend, after reading the obituary, said this:  "He lived and that is what I am reading here about your dad ... he lived a full life.  We must all take notice and remember to live!"   Yes, he did.  What a lesson for us all.
Posted by ckv at 7:18 PM No comments: