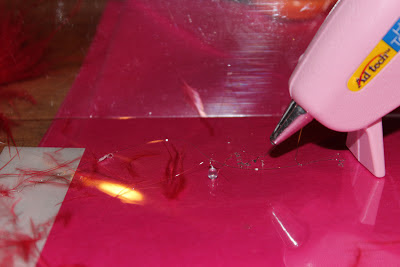 It took me a bit, but I think I got the hang of it.  I'm test driving the glue gun on some ornaments for the Festival of Trees.  The first batch look a little Dr. Seuss.  Awesome. 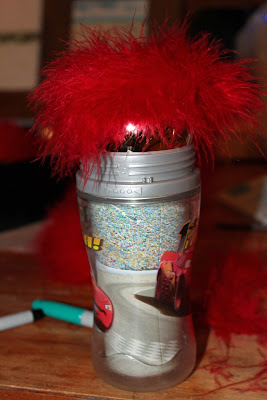 See?  There is more than one use for a Cars sippy cup. 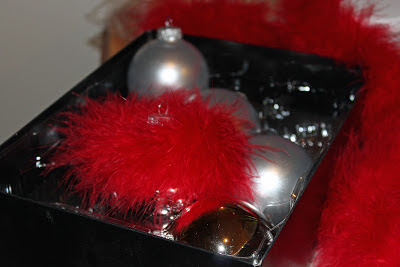 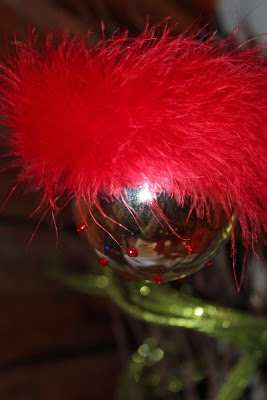 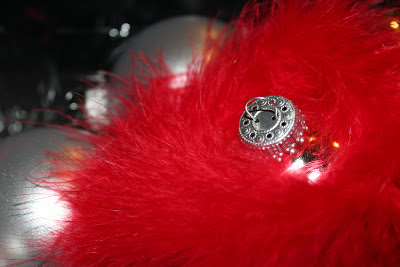 The next ones are not Dr. Seuss.  They're ... something else. 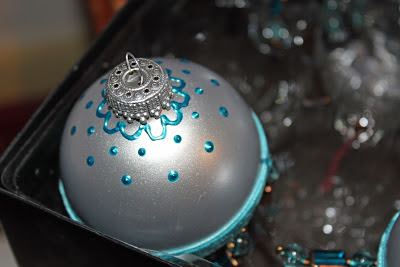 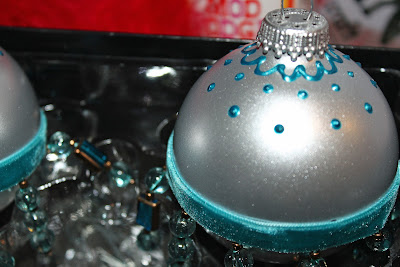 Look at that - paint that perfectly matches the ribbon on the beaded trim.  Clever, am I. 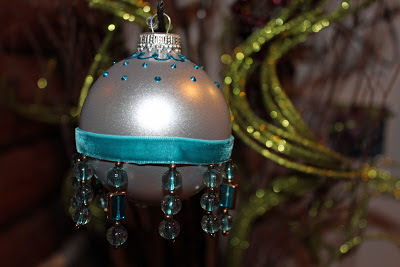 Have you any idea how many blogs there are out in the universe devoted to crafty junk?  I don't know either, but I found a crap load (I even found one called "Crap I Made").  I bookmarked all kinds of cool stuff.  My Version 2.0 in the ornament department will come from one of those blogs, and if they end up looking cool, I will share.  If not --- you need not be subjected to all my disasters.  All I will say right now is that there is glue involved.  And glitter.  Stay tuned.
Posted by ckv at 12:13 AM