For the most part, things are growing around here and I took some pictures. 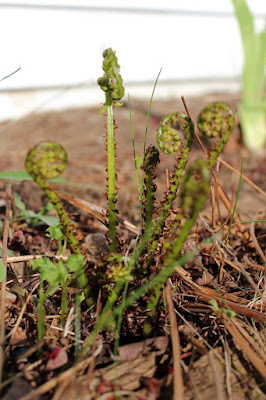 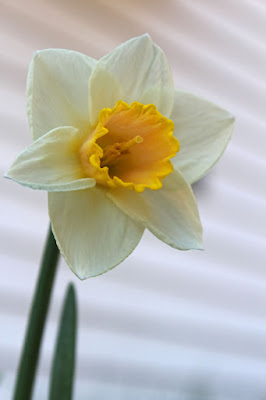 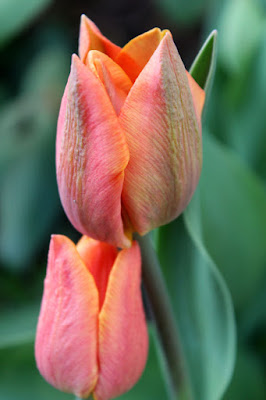 I say "for the most part" because there is one thing that ISN'T growing around here.  Anymore. 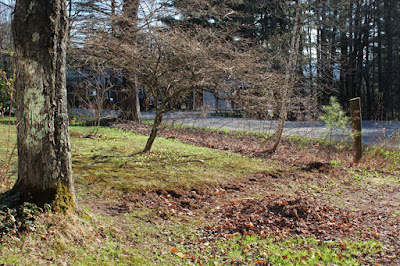 See that shallow trench in front of my fave tree?  There used to be more than a dozen scrawny little cedar trees planted there all in a row.  Poof!  Now they're gone, and hopefully they are growing nicely at their new home in Elmore.  It looks soooooo much better now, although I gained another "work in progress" spot.

Speaking of none of that, I've got a poop shrub out in my back yard.  It's really some kind of cherry shrub/bush/not-a-tree, and late last year it got a fungus.  I thought for sure I would have to smite the thing (I said smite) but suddenly one day it was covered with buds.  Here's what the flowers look like: 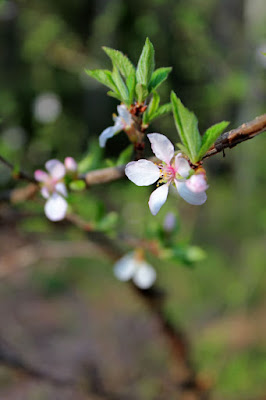 And here's that same view, captioned "Focus on Fungus." 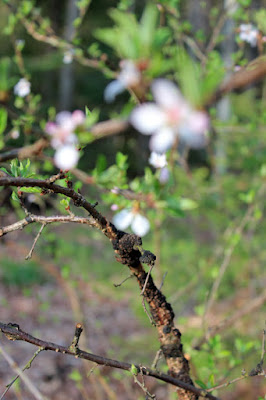 The whole thing was covered in those poop-looking growths.  I cut off all the branches that had no buds, and we'll see what happens.  But I can't get rid of something with such pretty flowers, no matter how poopy it is. 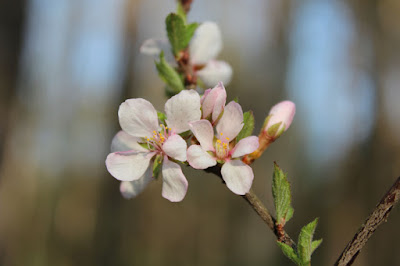 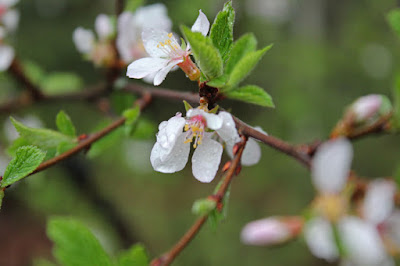 The other tree I'm fascinated with this spring is a twig of a thing in my front yard and I don't know what it is.  I don't remember it blossoming last year or the year before, but now it's about to burst. 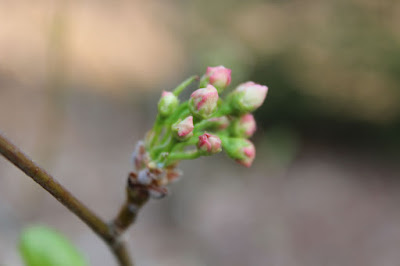 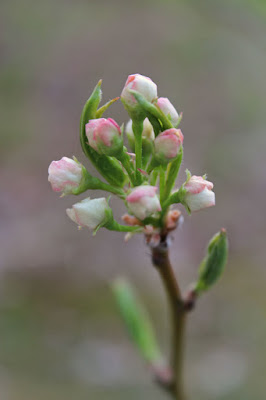 I'm quite sure if I stare at those pictures hard enough, the flowers will bust wide open.  And here's why they are doing so well this year: 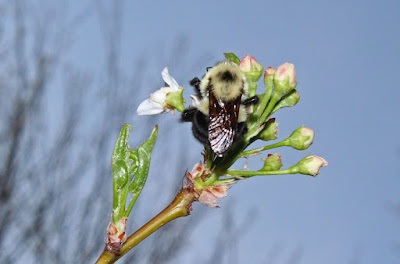 It rained for most of Friday afternoon and when I got home from work drops were dripping off everything. 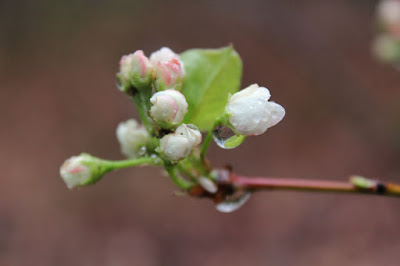 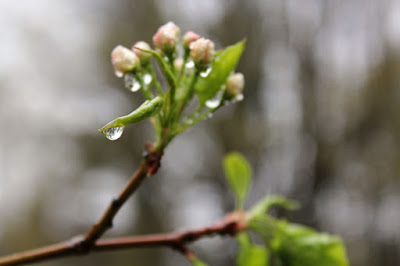 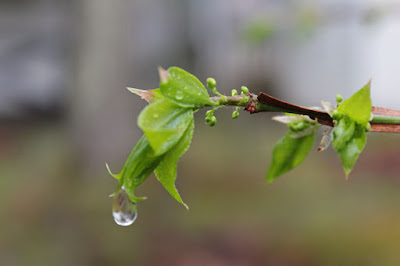 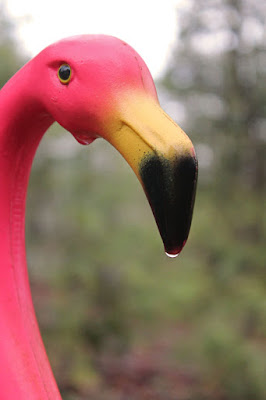 And look at these beauties: 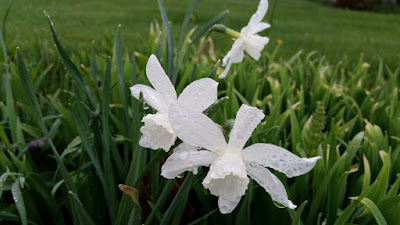 Are those daffodils?  We spotted them in a neighbor's yard about a mile up the road and if I were a devious person, I would dig them up in the dark of night and transplant them to MY yard.

The grass was looking green before the rain, but now it's GREEN!  The entire day was punctuated by the sound of lawn mowers.  And it's raining again right this moment so chances are good tomorrow it will be GREENER!  Ah, spring.  Thank you for being sprung.

Since I was so busy being a slug at the end of last year, I never posted Roxie's official Christmas portrait.  There's a bunch of good stuff on my phone, which I will post later in a random bunch of nonsense, but in closing today, here's the portrait.  My baby girl: 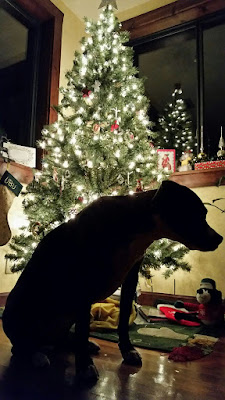