Spring? Are you sure?

Spring is trying to ... sprung?  Temperature-wise, Mother Nature is still messing with me.  I get one decent day per week, then cold and more rain.  But there is new growth desperately trying to grow all over the place, and last week I got this: 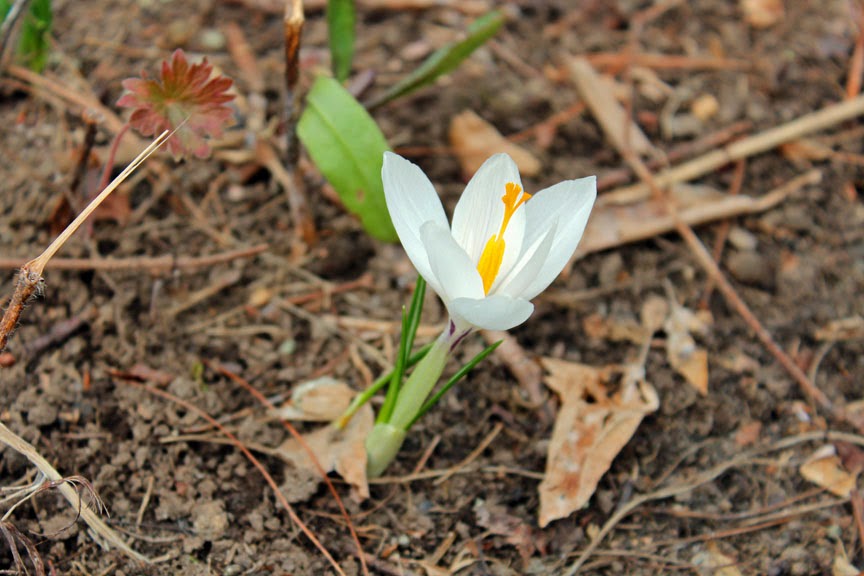 Just one!  But it's a sure sign of spring, right?

Kathy, Abby and Evan were here on Friday.  After the kids found a bunch of nails (and one giant metal spike) in the backyard with Evan's metal detector, we took on a destructive project. 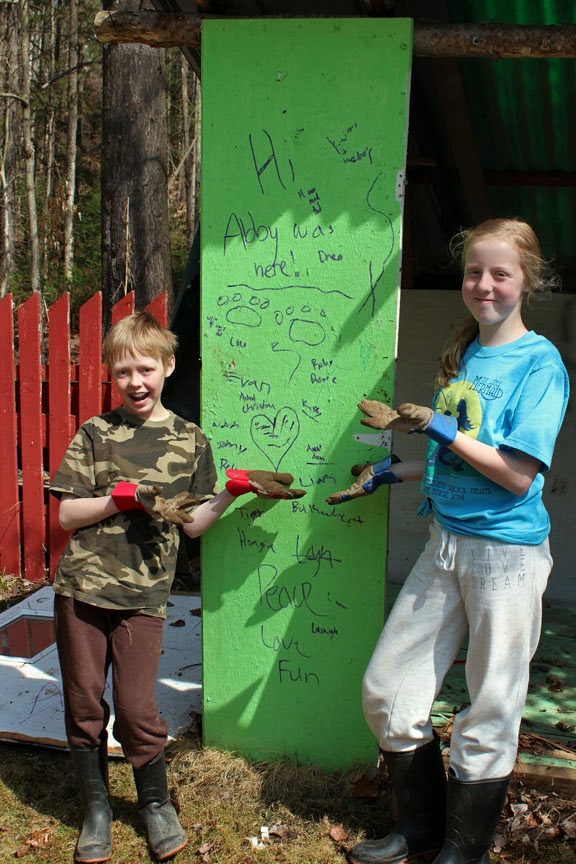 I forgot to take a "before" picture but that's a little shed the previous owners used to house a generator. Their grandson built it when he was 16; they were enormously proud of it.  I tore it down.  As was the tradition around here, the grandson used whatever he could find to build this "structure."  I removed the door, then Abby and Evan took down the back and the two sides.  They found a marker (and some toy trucks) between the wall and the floor, and made good use of it.  Then the three of us went behind the remains and pushed it down. 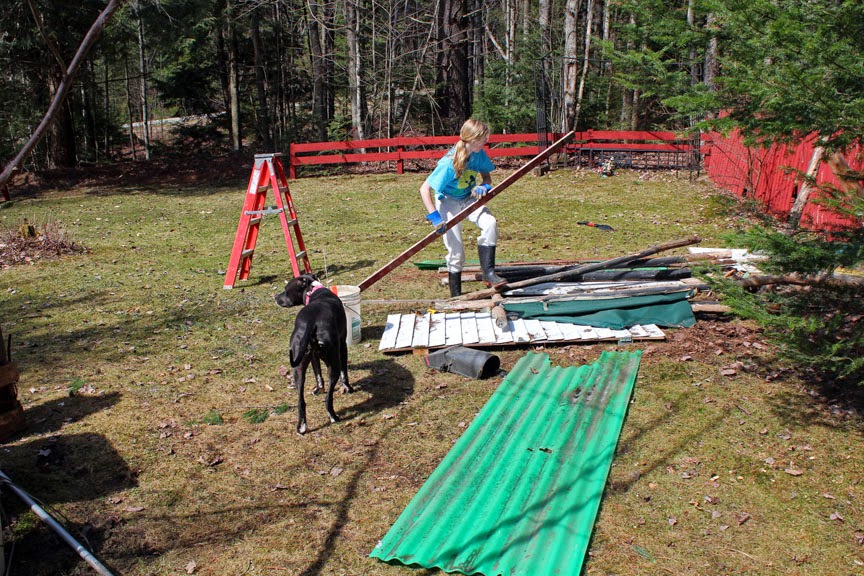 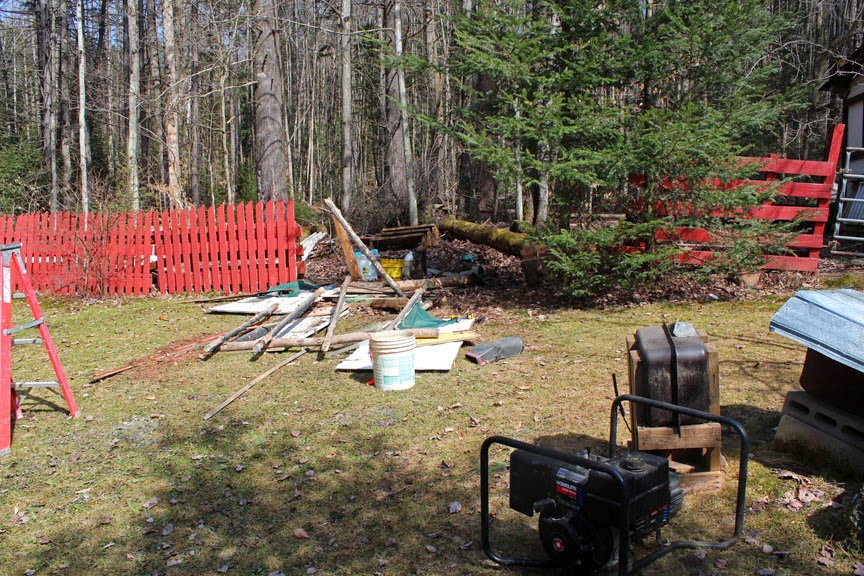 And here is Evan, doing what Evan does best: 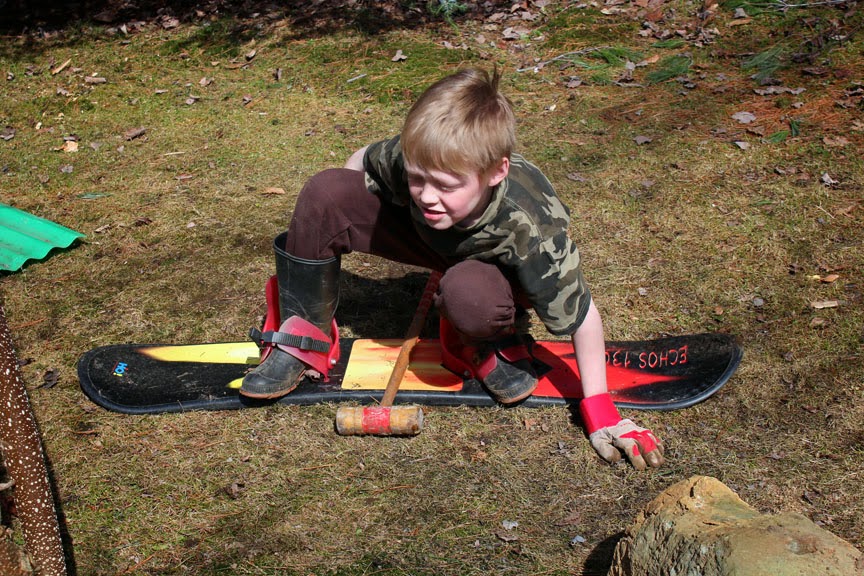 We found that plastic snowboard being used as part of the back wall of the "shed" so Evan promptly tested it and got himself stuck in the bindings.  Heh heh. 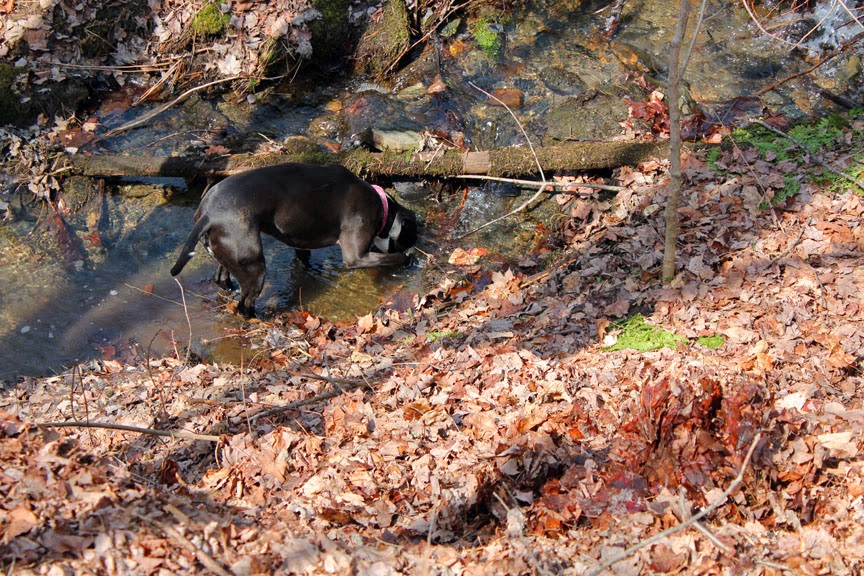 Roxie was helping until her ball rolled down into the brook. 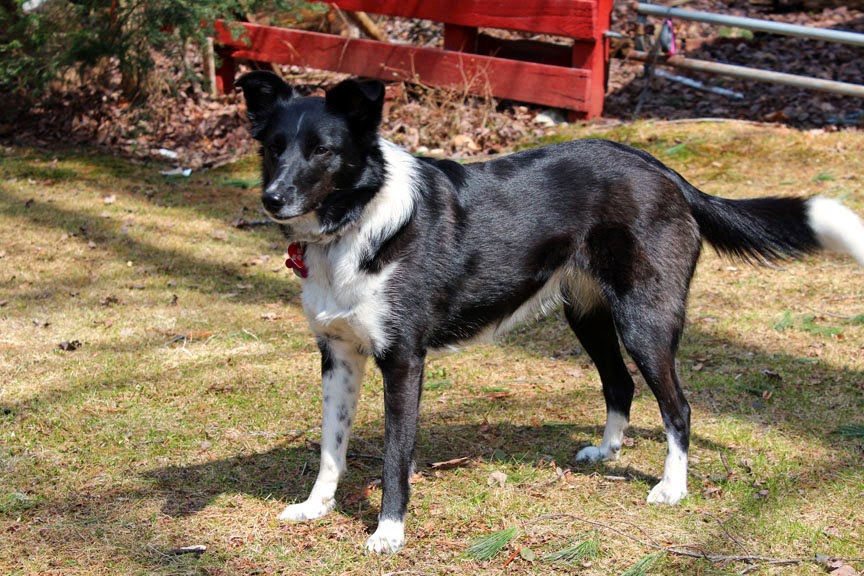 I think Ruby was looking at Evan stuck in the snowboard and saying, "What the...?"

Kathy was on a mission in one of the other outbuildings.  The one I want to tear down when it gets warmer outside.  The previous owners were supposed to clean out all of these buildings before they moved. 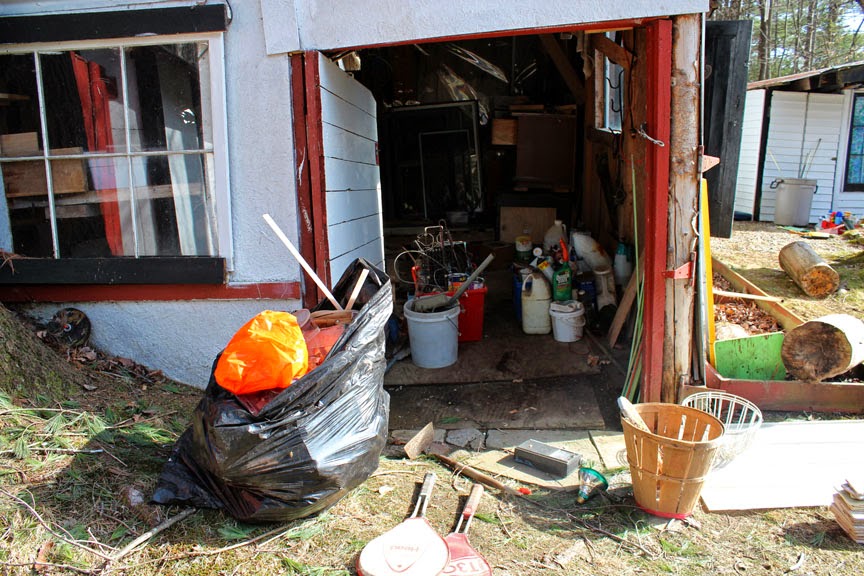 These people are so on my shit list.  I don't care if they are 80 years old - they were terrible stewards of the land.  They were so damn proud of their yard and their flowers and their outbuildings.  But the property is riddled with junk.  I think they actually threw their garbage out in the woods, and when the pile got to be an eyesore they just built a wall in front of it.  Out of sight, out of mind.  So now I have an ethical responsibility to reclaim this one acre from the trash heap.  The problem with tearing down the buildings is that it exposes all the shit piles that were behind them, but Kathy kept saying, "Isn't it going to feel so good to throw all this stuff away?"  Oh yes, it is.  My mom got me an early birthday present this year.  It arrives on May 27th.  It's a huge dumpster that will live in my driveway for two weeks.  I can't wait. 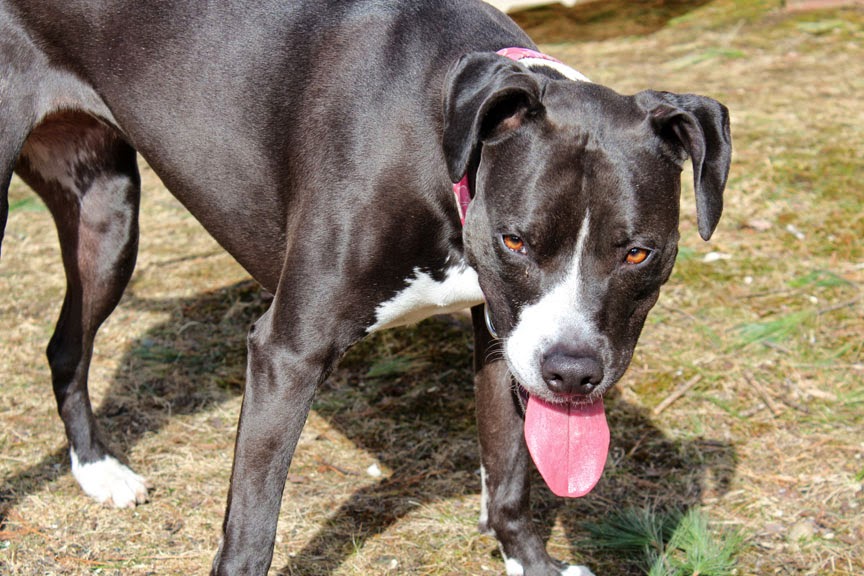 Roxie really was helping.  See how tired she is from all the hard work?

My copy of THE BOOK arrived on Friday!  Totally awesome - poodle is now officially famous.  I tried to get a picture of her holding the book open to her page, but no can do.  Order your copy here - it is a cool book and I am honored to have been included.

So this just happened.  Here is how my couch looks right now: 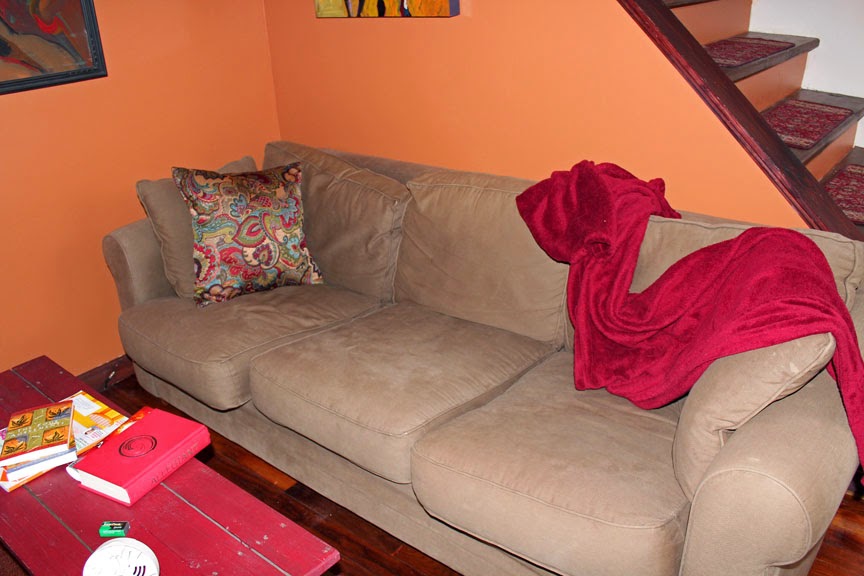 And here is where Roxie chose to take a nap: 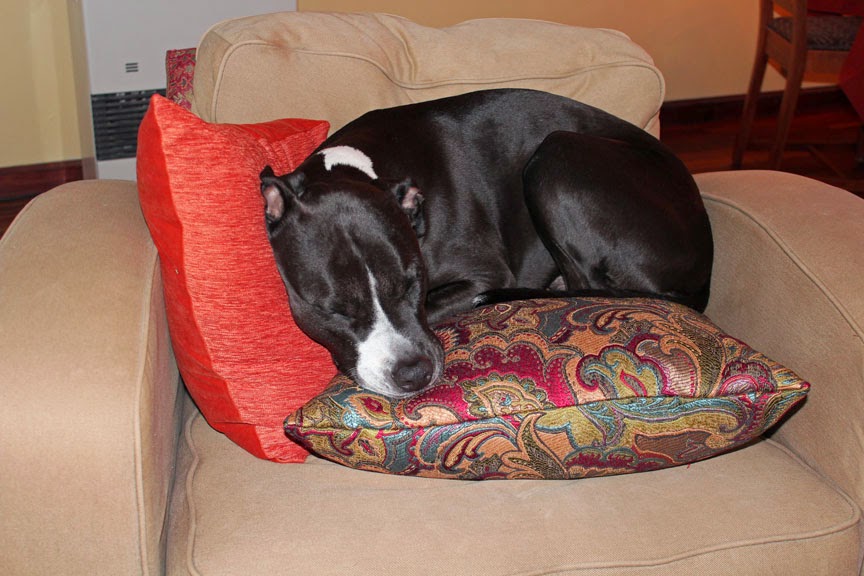 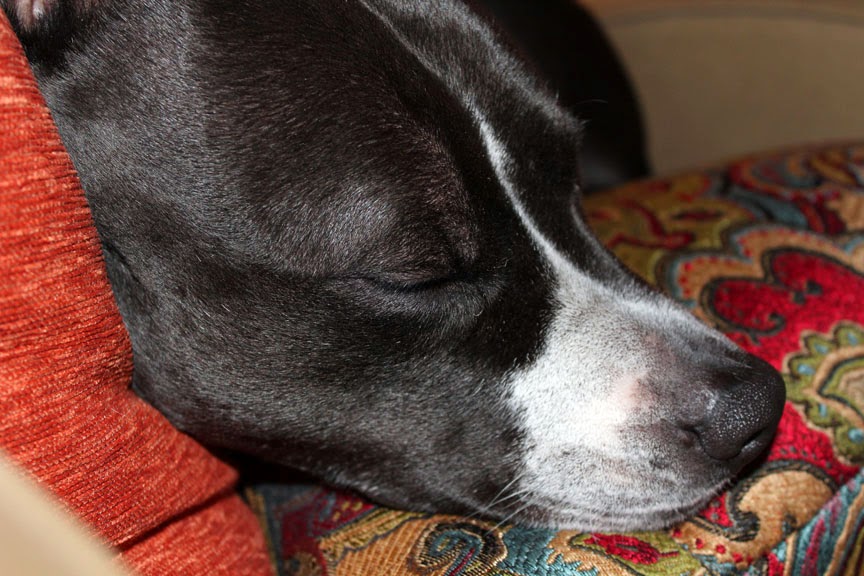 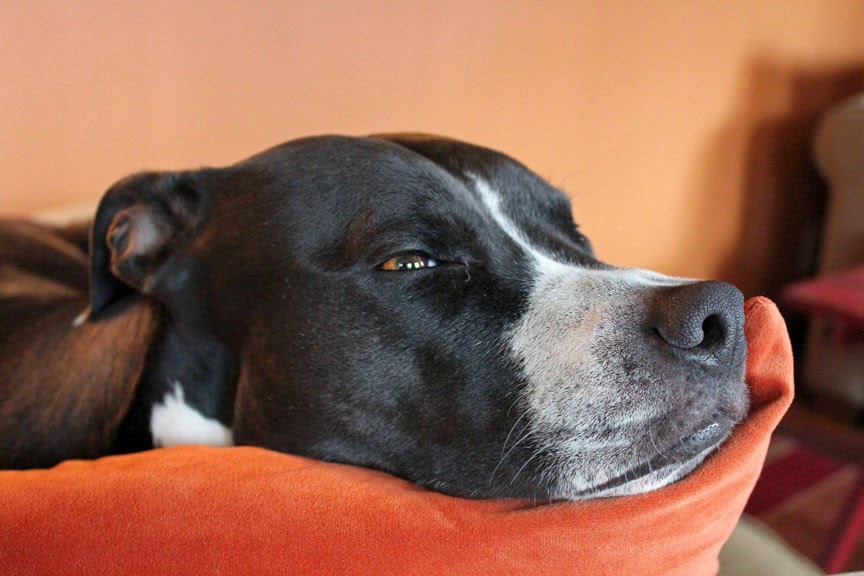