I get stuck in a rut when I listen to music -- I will play the same CD over and over and over.  I do not have a problem with this.  John Denver and I were pretty tight for most of the summer.  Lately I have been thoroughly, one hundred percent, absolutely LOVING a CD I bought at Borders when they were having their going-out-of-business sale.  I have been a fan of The New Pornographers for a few years, so when I saw a CD I don't already have, I bought it.  Very good investment of about three dollars.  It is called "Together."  I highly suggest you rush out immediately, or as soon as you finish reading this post, and buy it.  Fantastic music.

Last night it was time to make a change.  I was working on ornaments for the tree Frame of Reference is donating to the Festival of Trees.  I felt this called for Christmas music so I dug out George Winston's "December" and listened two times through while I worked.  It might not be peppy enough, so tonight I may have to switch to Joe Pass.  But let it be known that we have entered the season of Christmas music.  Let it also be known that I love Taco Bell's Canon when it is played on piano, specifically by George Winston, but I'm still switching to jazz.

Here is a sneak peek of one of the ornaments.  You will have to wait to see the completed tree. 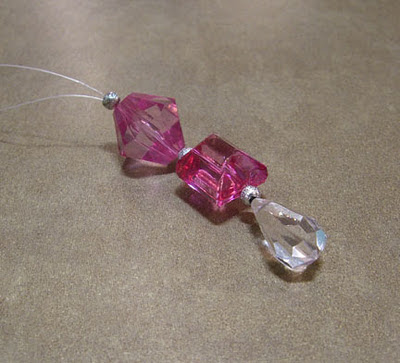