Is it Friday already? Yikes!

As is usually the case when I am getting ready to go on vacation, there appear to be fewer hours in each day and more stuff that needs to be done.  And because we are total idiots, Derek and I bumped a let-us-cook-dinner-for-you-at-your-house evening from the week AFTER I get back to TOMORROW.  So.  This is how it looks:  I finished the second of the five commissions I need to finish before I leave. 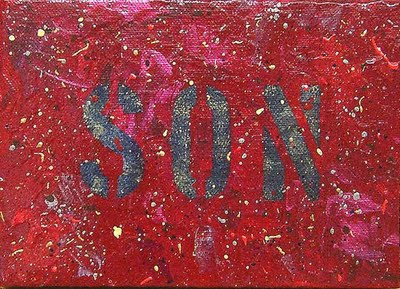 I also painted the background of two more.  Making progress on that front.  I hoped to get a crap load of work done today but ended up making an unexpected run into Kalispell to take poodle-face to the doctor.  She has a messed up claw that is starting to look like a hoof and today she was limping a lot.  I took her in for a potential hoof-ectomy.  Derek is picking her up right about now -- I was nervous about them putting her under but her footy was very tender so they needed to knock her out to take the nail off.  Poor baby.

Now I am counting down the minutes until the end of the work day, at which time I will go throw in a load of laundry (which was supposed to be on tomorrow's To Do list, but alas) then zip to the grocery store.  However, I just got a call that someone is on her way and I don't know how long she will stay.

Whenever I end up getting home I will finish the two paintings I started yesterday and start the last of the five.  They will have to dry somewhere other than my studio which, as you all recall, doubles as my kitchen counter.  The prep work I have for tomorrow's dinner involves frying stuff and I don't want these commission paintings to be scratch-and-sniff.  It may be a late night.
Posted by ckv at 7:42 PM