House to Home, Volume Eighteen - 'Twas the Night Before Christmas

Looking back at the pictures I took on December 24th I realized I circumnavigated my house CLOCKWISE for the first time and I don't know how to feel about it. 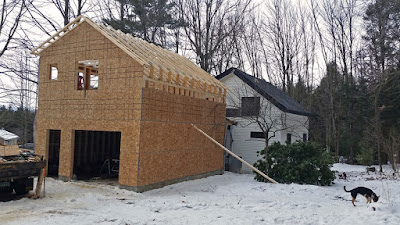 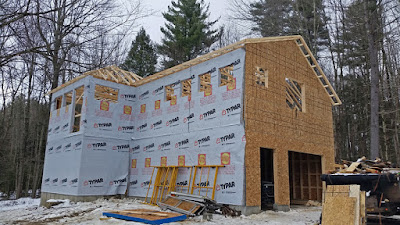 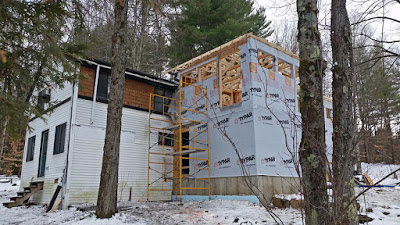 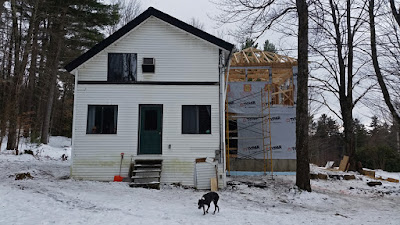 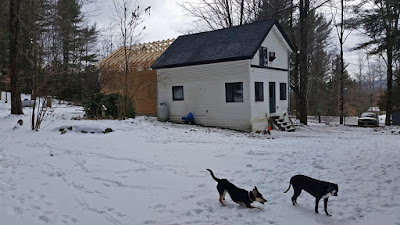 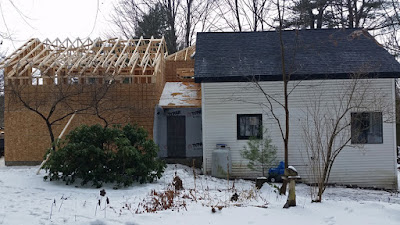 The 23rd was the last day of activity for the year - they've got another time sensitive project (building a giant 16' tall interior wall with metal studs in a factory while it's closed for the holiday break) so here's a Christmas Eve tour of how we're looking with all the trusses installed.  First, my paint office at the top of the stairs. 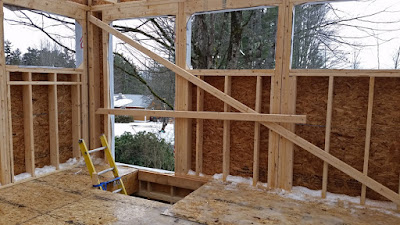 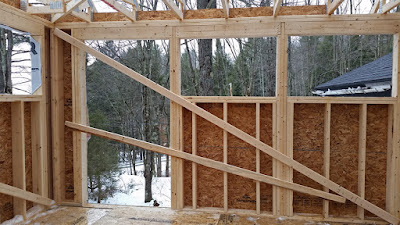 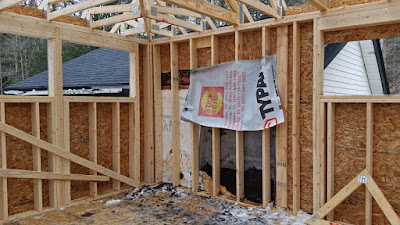 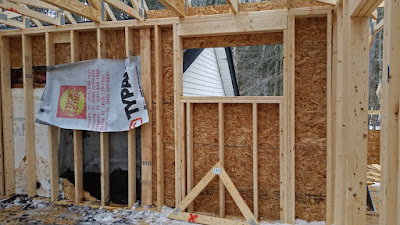 Bit of a mess in there from old roof crap.  The next three are taken from the southeast corner of my soon-to-be bedroom, then panning to the right toward the bathroom and then left toward my fave set of windows. 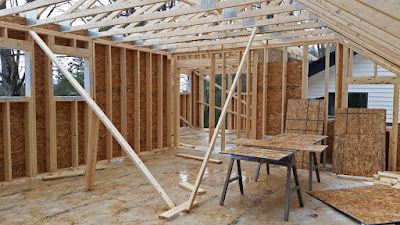 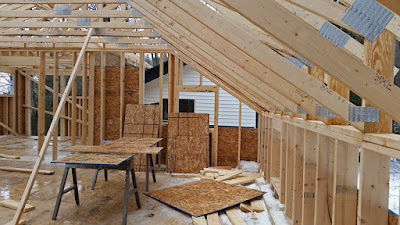 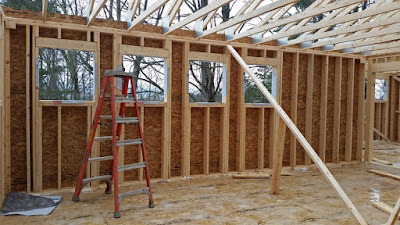 To give you an idea of scale, those are 2'x2' windows.  I'm 5'4" tall, and if my neighbors across the street see me walking past those windows at night I'm going to look like a floating head.  Cool cool, I love it.
Here's the current view from approximately where the wall will be that separates my bedroom from the library hallway, looking north toward the rest of the house. 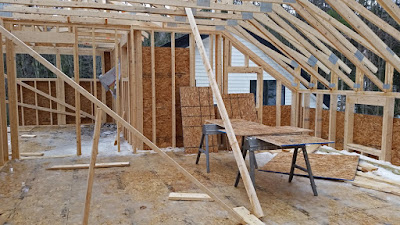 And this is current view from where I will put a comfy chair in the library hallway.  StanLee is going to LOVE this hallway. 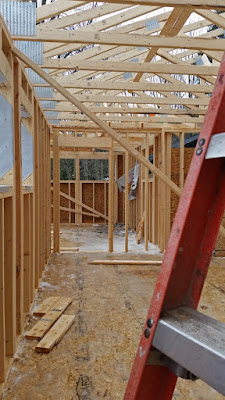 Now that all the trusses are up, I can say I did think the tower roof was going to be a bit higher.  This house now has three different roof styles - here's a handy thingy I found online: 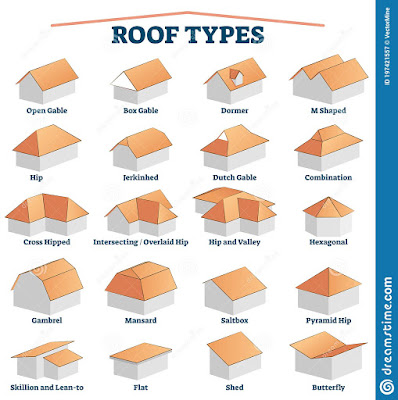 The existing structure has a saltbox roof, and I wanted to mimic that in the new build.  So the north end of my house (existing) and the south end (new) are both 20x24 rectangles with the same saltbox roof.  The tower that connects them has a pyramid hip roof, and at the back of the tower my laundry room has a shed roof.  At the spots where the hip roof meets saltbox, it's a fustercluck and I'm pretty sure there was a lot of ... shall we say "salty" language while getting the trusses to fit together. 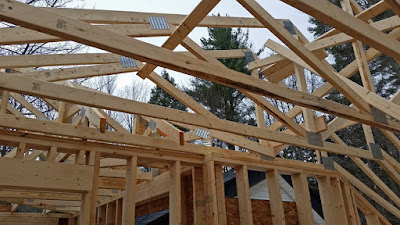 Looks like pick-up sticks to me.  (Side note:  wow, remember pick-up sticks?  We had a plastic set from a hundred years ago and we liked to play with the ones shaped like swords.  They came in a red, velvety box.  Or maybe I dreamed that.  Other side note to my mom:  did I dream that?)
Anyway, here's a couple more exterior shots.  The south side looks soooooo tall, and the view from the road looks soooooo different from when the trouse was here.  The original house looks dwarfed but that's because a good part of it sits behind the middle tower.  It's more proportional from the backyard. 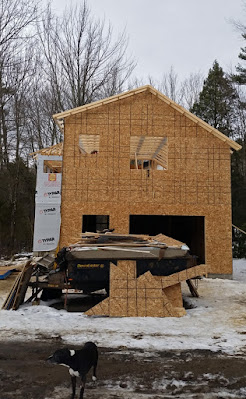 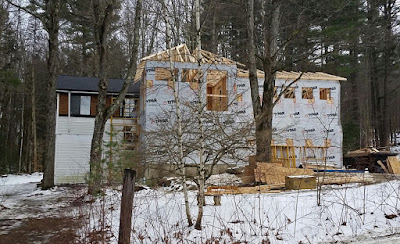 I wonder what the neighbors think....